We represent the plaintiff in California dog bite and attack cases. If you’ve been been bitten or attacked by a dog, you should consult with a California dog bite lawyer to determine if you are entitled to compensation to cover your medical bills and damages. Dog bites go much further than broken bones or scarring. The emotional trauma of a dog bite can last a lifetime.

The personal injury lawyers at Gurovich Law Group handle numerous dog bite and attack cases each year. We have the knowledge and experience it takes to represent our clients and help them obtain fair and full compensation for all their losses.

Please contact us at 855-333-4041 to obtain more information about pursuing your legal rights. We are here to help. We’ll provide you with a no obligation, free consultation about your dog bite case.

When a dog attacks an individual – regardless of the victim’s age, physical build or mental attributes – the incident leaves a mark. This goes beyond the physical puncture wounds and bite marks suffered by the victim. There is a heavy emotional and psychological toll in dog bite cases, which is indisputable. Whether the victim is a 6-foot-tall man or a 2-foot toddler, they both go through a period of intense fear and insecurity. A dog attack is traumatic, period. Dog aggression can leave long lasting anxiety.

Injuries associated with a serious dog bite are typically:

California Dog Bite attorney, John Bisnar discusses steps to take after you’ve been bitten by a dog inlcuding taking pictures of your injuries right away. 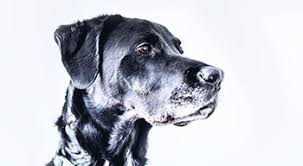 Experts say year-round pleasant weather in Southern California could be one of the reasons why these incidents are so prevalent here. California led the pack when it came to the number of dog bite claims (527) and the payout in these types of cases ($20.3 million) during the year 2012.

California has what is known as a “strict liability statute” when it comes to dog attacks. What this means is that dog owners are responsible for the actions of their pets, no ifs or buts. The only exceptions may be when the dog attack was provoked by cruelty toward the animal or when a dog bites someone who was committing a crime or trespassing on the owner’s property. However, there are very few exceptions in this regard. In a majority of cases, dog owners can be held financially liable in addition to receiving citations or facing other penalties associated with the attack.

California’s Civil Code Section 3342 states: “The owner of any dog is liable for the damages suffered by any person who is bitten by the dog while in a public place or lawfully in a private place, including the property of the owner of the dog, regardless of the former viciousness of the dog or the owner’s knowledge of such viciousness.” There have also been several recent cases in California where courts have upheld personal injury claims against landlords who have allowed a tenant to have a dangerous dog on premises.

Dog bite incidents can result in serious injuries including, but not limited to bites, puncture wounds, broken bones and even nerve injuries. Dog attacks also result in permanent scarring and disfigurement, which, needless to say, also causes serious emotional and psychological issues for victims. Often, victims or their families spend thousands of dollars on therapy so that their lives can return to normalcy. Most victims develop a long-term fear of dogs. Many victims also require plastic surgery to treat bite marks and scars. Some undergo several surgeries to repair these scars. Some are unsuccessful and are left with permanent scars.

Victims and their families also struggle with paying for these treatments. Most insurance companies do not cover plastic surgery procedures because they are cosmetic in nature and not something that is needed to save the life of a patient. Patients end up paying out of pocket for these procedures and much-needed psychological therapy sessions to combat issues such as depression and post-traumatic stress disorder (PTSD).

It is unfair that victims pay such a high physical and financial price for a dog attack when the incident was not even their fault. Dog owners should be held financially responsible for the injuries, damages and losses suffered by these unsuspecting victims. Injured victims can seek compensation in dog bite cases for damages such as medical expenses, lost wages, hospitalization, rehabilitation, cost of surgeries, permanent injuries, pain and suffering and emotional distress.

Homeowners’ insurance policies usually cover dog attacks. Most of these policies provide between $100,000 and $300,000 in liability coverage. However, if the dog owner is a renter or lacks insurance, the victim can try to hold the property owner liable for allowing a dangerous dog to live on the premises. In a recent development, Farmers Group notified its policyholders that it would no longer cover bites by pit bulls, Rottweilers and wolf hybrids under homeowners’ insurance policies.

Despite sharp criticism from pit bull advocates, insurers say bites from pit bulls and other breeds have risen significantly in recent years along with the cost of settling those damage claims. Farmers said that the three breeds it listed accounted for more than 25 percent of their dog bite claims. Farmers officials also said that these breeds caused more harm than any other breed when they attacked.

Call us at 855-333-4041 For a Free, No-Hassle, Confidential, No-Obligation California Dog Bite Consultation.

If you're looking for an excellent team, they are the place to go. I hired them first time couple years ago and I'm very thankful for their attitude. 100% professionals. A lot of friends of mine used their services after that, everyone was happy. Highly recommend

...most persistent and reliable team in Los Angeles. I had 5 cases and they were all dismissed thanks to their hard and diligent work! Highly recommend this team for all your traffic court needs. Extremely professional and always available to answer any questions and advice needed...

Amazing!!! I highly recommend for all your traffic court needs. Professional and helpful! Will use them again, if needed...

I really like this Law Group.They very professional,trustful loyal people.Knowing exactly what they doing and best possible outcome always..They really defend you with high level of professionalism .I own them a lot of Thanx.....And highly recommend they services...

...very professional and courteous, and a great all around person to talk to. Got my ticket outright dismissed. I would definitely recommend contacting these guys (and Dave especially) for your traffic law needs. If they don't beat your ticket, and I'm sure they will, you'll at least have a pleasurable conversation and save some money.

Crush My Ticket, A Law Corportation

DISCLAIMER: The information contained on this website is attorney advertising and any linked resource is intended to provide general information about legal matters to the public and does not constitute legal advice and should not be treated as such. The content is not guaranteed to be correct, complete, or up-to-date. NO ATTORNEY-CLIENT RELATIONSHIP: The use of the website does not create an attorney-client relationship. The transmission of information via the website does not create an attorney-client relationship between you and Crush My Ticket, APC. Nothing presented on the website constitutes legal advice and shall not be relied upon in any way. Until a signed representation and fee agreement and acceptance of the terms and conditions here and required payment is received and written confirmation from us, there shall be no attorney-client relationship created. To view the full disclaimer, please Full Legal Disclaimer • Privacy Policy • Terms of Use.
Copyright © 2019 Crush My Ticket, A Law Corporation. All Rights Reserved.